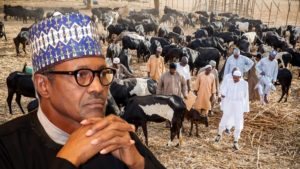 The latest in the continuously running game of massacre in Nigeria took place in the rice-farming-town of Zabarmari Village, located in the greater Maiduguri area of Jere Local Government, Borno State, North-East Nigeria, on Saturday, November 28, 2020.

The town is based downstream of the River Alau Dam along the River Yedzeram; a Dam constructed under a multi-million dollar World Bank Urban Water supply project. Zabarmari is also located less than 20 Kilometers from the counterinsurgency operation Lafiya Dole Command Centre in Maiduguri, the State capital. Taking note of the strategic place of location vis-à-vis its closeness to the Lafiya Dole Operational Headquarters in this narration is most important for us to understand the challenging issue at hand.

This latest attack came stylishly as the attackers; with benefit of time and supremacy of territorial control – so it looked; and always looking these days, mostly in the North, took time to behead 43; actually slaughtered those numbers the same way cows are slaughtered in any abattoir, out of the total numbers they killed.

This means that the numbers of my brothers that were killed by the Boko Haram insurgents on that ugly Saturday could have gone beyond the 43, being peddled. Actually, some of the villagers put the numbers above 70 people while others said that the numbers were actually unknown as many were still unaccounted for. The United Nations however came with total number of 110 as killed – a number that was later to be revised by the International Organisation. The leadership of the killers; Boko Haram Insurgents – Abubakar Shekau, helped both the Nigerian and International communities in putting the numbers killed in more actual perspective when he said “we killed 78 people”.

But the challenge here is not the number. Let it be just one, two, ten or hundred, the most important thing is that we are talking of Nigerian lives being cut off here, without a defender – speaking of a defending efforts emanating from purposeful leadership. And this is the national catastrophic agony of a People – waiting to, or positioned to, die by instrumentality of lack of national leadership.

Another thing we must take into recognition about the massacre of last Saturday was the audacity of the killers. We can periscope this through the length of time it took them to behead; taking them [the beheaded] one at a time until all 43 were done with. It photo-staged a people [the killers] with audacity and confidence of territorial control of the environment they were operating in.

They were not in hurry at all, in spite of the fact that they were operating in a zone of less than 20 Kilometers from the counterinsurgency operation Lafiya Dole Command Centre in Maiduguri, the State capital. What did that say in a very bold transmission of their signature? WE ARE IN TOTAL CONTROL AND ABSOLUTELY IN CHARGE, they seemed to have said.

The Borno State Governor; Professor Babagana Zulum [himself a miraculous survivalist of many coordinated attack in the past] was compelled, by the community, to come and see the dead, before they were buried. The Governor obliged the request, even in tense tears, to carry out a most dehumanized assignment – a typical assignment that is becoming one too many in today’s Nigeria.

THE Sultan of Sokoto, Sa’ad Abubakar-led Jama’atu Nasril Islam has urged the Federal Government under President Muhammadu Buhari to henceforth stop paying lip service to security matters [lip service?]. The Sultan of Sokoto, we must understand and appreciate, is not a man given to frivolity. Neither is he a man of loose tongue. It means that he must have come to the end of endurance in this game of the Federal Government actually losing total control of securing Nigerians before this respected traditional and religious leader could approve the statement issued by the Jama’atu Nasril Islam Organisation. Let us look at more of what he said.

In an apparent reference to the killings of 43 rice farmers by the dreaded Boko Haram insurgents in Borno State, the JNI also said that “nowhere is safe in the country now”. The statement, issued through the JNI Secretary General; Dr. Khalid Aliyu, in Kaduna on Wednesday, and titled ‘Press release: Requiem for Zabarmari’, had this to say:

“We nevertheless, once again call on the Federal Government to rise up to its responsibilities and do well beyond the traditional condemnation, as lip service (s) on security matters should stop. Nigerians are desperately yearning for concrete actions,” the JNI said. Specifically, the religious body said Saturday’s killings at Zabarmari village; Jere Local Government Area of over 40 rice farmers by the dreaded Boko Haram insurgents without intervention of security forces was condemnable.

It noted that with wanton killings occasioned by acts of banditry, kidnapping for ransom and other related crimes, Nigerians had been so terrified as nowhere was safe for them”, adding that “Forty-three human beings as reported by the media were slaughtered without any intervention by the security forces in the area. The senseless act stands condemned in the strongest of terms. “Wanton killings, acts of banditry, kidnapping for ransom, high rate of unemployment among the youths, rape and all forms of terrorism have now become the new trend in our communities. “Nigerians have become so much terrified, as nowhere is safe; the home, the farms and the roads. Bandits now rule in many communities; they set rules that must be obeyed.”

This fearful statement, coming from such a highly religious body, might not be understandable to President Muhammadu Buhari; but then, the Nigerian people, who are victims of calamities associated with absence of purposeful leadership, understand the perilous predicament of total annihilation that they faced. The Nigerian people are almost, if not totally, surrendering to the fate of a people waiting to die.

Maybe, we can just make a very brief stopover in Ondo State before drawing the curtain over this discussion. But let it be stamp on authority that the calamity of lack of leadership we are discussing is not limited to Borno and Ondo States alone. No, it is the same story all over the country. Muhammadu Buhari is not there for anybody, not even in his own State of Katsina, where the clarion call for his resignation is becoming loudest, and all for the same reason of him losing control, nearly in almost all arears of governance, except only in corruption matters.

In Ondo State – South-West Nigeria, Governor Rotimi Akeredolu is trying not to overdo his counterpart in Borno State; in this game of continuously crying – an event that is becoming Nigerians’ trademark these days.

Of course, the Sunshine State Governor is not new to the cumbersome game of burying those slaughtered by all sorts of wicked forces that have taken reign of power in Nigeria, but he is most likely not to come out of the latest calamity that befell him and his people on Thursday, November 26, 2020, easily. That was when the Olufon of Ifon; a very quiet and beautiful town in Ose Local Government Area of Ondo State; Oba Adegoke Adeusi, was murdered by suspected kidnappers, along the Elegbeka area of the State.

Though the suspected killers of the monarch might have been arrested by the Yoruba Security Outfit – Amotekun, in the past few days, Governor Akeredolu would have preferred not walking the path of weeping and morning over any of his subjects, if the Nigerian State were to be functioning properly. He had to undergo this bitter journey as a result of somebody somewhere, in the place of national leadership, floating away in oblivion while the whole country is engulfed in fire of insecurity.

These two examples given above remain the true reflection of what the Nigerian territorial land has become – land of a people dying  more than living; a place where the dying leave no one to bury them.

Where do we go from here therefore? But wait first, as there is another question we just must answer.

Is there no leader to take charge of security and protection of lives and properties for the people of this country called Nigeria? If the answer is NO, why can’t the people – the Nigerian people yet to die, not come together and appoint a leader for themselves? Or if the answer is YES, why can’t the Nigerian people [those that are yet to die] not holding the LEADER accountable on allegations of dereliction of duty and defying the Constitutional oath he swore when he took oath of office – albeit securing lives and properties of Nigerians?

One last question please. Are the facts on ground; for the remaining Nigerians yet to die, not enough pointers to the fact that the Nigerian Commander-in-Chief and his Service Chiefs, including his security apparatus, are now the greatest security liability on the people of this land? What can we do? Oh God, come down and help us!

59 thoughts on “NIGERIA: WHERE THE DEAD LEFT NO ONE TO BURY THEM – BECAUSE THERE IS NO LEADER”