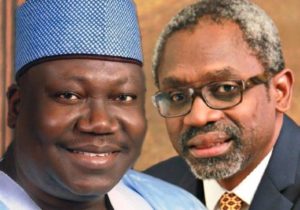 The N13. 588 trillion 2021 federal government budget, accented to by President Muhammadu Buhari on December 31, 2020, is replete with line items that are incongruous with Ministries, Departments, and Agencies under which they have been placed. The National Assembly had on December 21, 2020, passed the 2021 budget, which the legislators increased by N505 billion from the N13. 082 trillion, earlier presented to them by the executive.

Some have no details in terms of locations of projects, thereby making it impossible for budget tracking by Civil Society Organisations (CSOs) and members of the public that might be interested in holding states actors to account.

For instance, under the line item with code ERGP78712459 9, under the Federal Ministry of Transport is the project for the renovation of school blocks in Nkum, Ekajuk, Ukelle and Okpoma in Cross River State which was allocated N250 million. Training of women and youth on welding and fabrication in Zamfara State was earmarked the sum of N235 million under the ministry.

Like many such line items in the 2021 budget, there are no details in terms of the location. The construction of 20 nos block of 3 classrooms in Sabon Gari LGA, Kaduna State got an allocation of N250 million in the Ministry of Transport. The budget was silent on the particular schools to benefit from the project. Line item code ERGP55400230 2, the supply of motorcycles for empowerment of youth in Brass/Nembe Federal Constituency of Bayelsa State was allocated N300 million, under the Ministry of Transport.

Special training and empowerment on transport and logistics in 12 senatorial zones and 40 federal constituencies, have been allocated the sum of 3. 262 billion, under the Federal Ministry of Transport. Under the same ministry, the construction and remodeling of main gate at the Nigerian Institute of Transport Technology with line item code number ERGP55400465 2 was allocated N200 million.

The budget did not provides details of the number of buses to be provided and the categories of beneficiaries. For the installation of solar-powered boreholes and fetching point in “psfan”, South-East geopolitical zone, the sum of N150 million was provided. There was no specific location for the project.