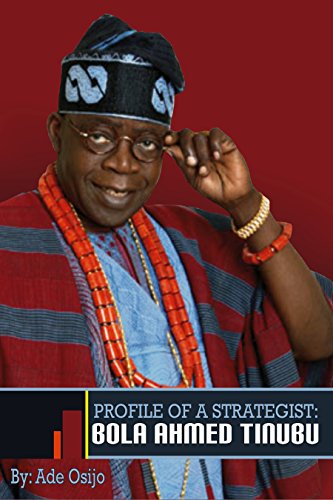 Reading through Asiwaju Ahmed Bola Tinubu’s  thought, on the herders and farmer’s conflict, as expressed on this page, leaves no one with any coordinated conclusion on what he; Tinubu, set out to achieve.

His expression here is not different from how he posited his opinion at the time the creation of Amotekun; a security network created by the 6 Southwestern States was under contentious incubation.
What he said now and what he said then seemed not to be doing justice to the narrative, and that makes both the messenger and the messages much cumbersome to effective understanding.
But, isn’t that the predicament, or cumbersomeness of a politician playing for survival from ends of many conflicting and contending forces, seemingly raging against, or for, him?
Asiwaju Bola Tinubu may not have been the only politician caught in this web, either presently or in the past.
However, the stake seems to be highest for the Asiwaju for now, and this could be for many reasons; reasons that might have included the charted route of the “voyage into conquering”.
This alone would have taken so much investment, both in human and financial commitments, and across all facets of human endeavours.
As much as all these diversities are relevantly in display, the place the Asiwaju might not “arrive” could be a fallout of “both coordinated and uncoordinated maneuvering”.
Let us allow the next few months play a danceable music for us as we embark in decoding the rhetoric of the Nigerian political trajectory, mostly on this analysis.
The Guru may be returning back to this subject sooner than expected because there are too much issues for quick evaluation. He will surely return.

1,299 thoughts on “Ahmed Bola Tinubu’s narration on herders and farmers: It is neither here nor there.”