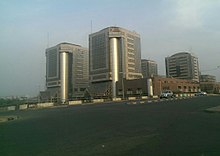 Tomorrow, Monday, May 24, 2021, starting from 0930 hours, shall be another refreshing day at Lagos Talks 91.3 FM, and that is when Adu & The Guru shall be taking command of the Nigerian airwaves, live. It shall be the time that Yours Sincerely; your own Guru, shall be doing what he knows how to do best – scientifically dissenting topical issues, in a way that only divine-given knowledge, wisdom and understanding can direct. You wouldn’t miss it. Or will you?

The caption l chose for today, in reviewing tomorrow’s program: YEA, ALL NIGERIANS UNDER OPPRESSIVE LEADERSHIP HAVE NO COMFORTER, is deliberate and most appropriate for what is happening in today’s Nigeria. First, permit me to say something about the caption. It is a passage taken from the Holy Bible – the Word of God. Let us read it, as it is written in Ecclesiastes, chapter 4, verse 1-3, and this is what it says:

And I declared that the dead who had already died, are happier than the living, sho are still alive.

But better than both is the one who has never been born, who has not seen the evil that is done under the sun.” This is the NIV Translation of it.

But, let us read the same chapter and verses of the same scripture from the EASY Translation, believing that most of us would shudder on the impact of what is happening to us on daily basis in Nigeria. This is what it says:

The most happy people are those who have not been born.

They do not see the bad things that happen on the earth.’

Yes, the scripture quoted above spoke of “oppression under the sun”, and that is not contestable. It means that it is not in Nigeria that suppression is – which is true also.  However, the level of evil, wickedness suppression and oppression the Nigerian leadership; identified as the oppressor, unleashed against the followership; herein identified as the oppressed, has no equal in the annals of human being historical recording.

One of the topics we are treating tomorrow in the studio depicts the entirety of how much; with arrogant extremism, the Nigerian leadership can deal with the Nigerian populace without qualms, regrets or remorse. We might as well commence the preview of teasers from there.

The challenge here is not how we arrived this high cost of pump price, because as long as the 450,000 barrels of crude allocated to NNPC, for refining into PMS [plus over 12 other products] for Nigerians consumption, is taken away to Europe for refining, before same is brought back as finished product, so long shall we be paying high cost at pump price level.

The challenge we need to identify are the lies Nigerian leaders; both at the political and industry levels [l shall define both sectors’ personae dramatis in a jiffy], have pushed forward to justify the level of corruption that the presentation of the end-product an acceptable narration. The two sectors that conspired; and they are still conspiring, to bring this woes about are the Executives and Industry Captains, in addition to a comfortable sleeping National Legislature.

At the Executives level, there is a total agreeable conspiracy between the Federal Government and all the 36 States Governors, while the Nigerian Legislature stands aloof and tall in this game of “killing” Nigerians. The Industry Captains; mostly at the NNPC level, exclusively, presents “cooked lies”, that makes the presentations [of reasons to unleashed terror on the citizenry] a palatable path of passage.

With this strong Home of conspiracy completely made, questions that need to be asked are often never coming to the surface. For example, who gave the lies that Nigerians consume 95 million liters of petrol per day in Nigeria, when the actual consumption is about 30 million liters per day? Who are those that made the 4 refineries; built with capacity to refine 445,000 barrels per day, comatose, that for the last decade or so, not a barrel has been refined? How come that refineries adjudged by Petroleum Experts as scraps still enjoy the patronage of Turned-Around-Maintenance – so much that US$1.5 billion is being invested [in a waste] even as we consider this topic?

All these lies; and many more, became acceptable to all these “patriotic” Governors and the “astute” Professionals the Federal Government gathered to help run the Nigerian People into abyss of ruins.

Listen to how the Nigerian Governors Forum put it:

However, in a communiqué released after the meeting last night, the governors disclosed that el-Rufai gave a briefing on the appropriate pricing of petrol in Nigeria, where he called for full deregulation.

According to the communiqué, the Kaduna State governor further revealed that between N70 billion and N210 Billion is spent monthly to subsidise the petrol price at N162 per litre. The committee identified Lagos, Oyo, Ogun, Rivers and Abuja as the top consumers of petrol.

Presenting the report to his colleagues, el-Rufai reportedly said the increase in the price of petrol to N385 per litre would help stem the increasing smuggling of the product to neighbouring countries. According to him, if petrol sells at N385 per litre, FAAC would gain between N1.3 trillion and N2. 2.3 trillion per annum.

The committee also recommended that the federal government should sell the three refineries after rehabilitation.

The report revealed that Nigeria lost billions of dollars due to the COVID-19 pandemic, adding that there is already a cash crunch in the states.

NNPC had said that it would remit zero allocation to FAAC due to the huge cost of subsidising petrol.

The committee recommended that the federal government should buy and distribute over 113 buses to states and major cities as a palliative to the proposed increase in the price of petrol.

The so-called recommendation of purchasing 113 buses for States’ usage is one of the most outstanding lies of anchoring this calamity on the Nigerian people. Did we not hear that in 2012, when the crop of today’s Ruling Political Party [APC] members protested against Goodluck Jonathan’s total removal of Petroleum Subsidy?

Nigerians are into the biggest scam of their times and it is for this reason that the Bible book of Ecclesiastes 4:1-3, introduced into this narration at the beginning, shall remain a fulfilling prophesy.

All things being equal, the erudite, dynamic and young Executive Chairman of the Economic and Financial Crimes Commission; always a delight in talk show presentation, Abdulrasheed Bawa is my special Guest in the studio tomorrow. And this will be his second appearance of being my guest – first was when he was the Lagos Zonal Head, and now as the Chairman. Let all of us prepare in engaging him tomorrow by joining the conversation through phone call-in and usage of other social media platforms.

42 thoughts on “My Sunday Broadcast: YEA, ALL NIGERIANS UNDER OPPRESSIVE LEADERSHIP HAVE NO COMFORTER”