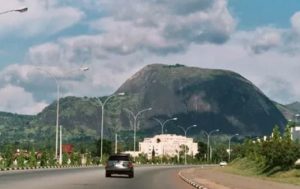 Sony Okosun; the Ozziddi exponent, might have died young at the age of 61 years, nevertheless he left a formidable legacy in the African music industry. He walked very largely, with gigantic maestro steps of triumph, while he lasted, dishing out his stuff. He was a strategist in the field he chose. He exploited the African challenge of his time. He was a personae dramatis in the damning challenge of apartheid that confronted Africans in South Africa [Rhodesia], using his music talent to the full.

One of the very onslaughts on the apartheid regime, which commanded compulsorily international attention, was the album he released in 1979, titled “Papa’s Land”. The Papa’s Land of Sony Okosun’s critical mind, was the vast Africa land forcefully taken over and being occupied with all instrument of wickedness by the minority White in South Africa. The Ozziddi Exponent King came out to challenge the OWNER of the Land and he posed the question succinctly thus: “Who owns Papa’s Land?”

The process of answering the question, undoubtedly led to quicker resolution of the naughty issue of resolving the real ownership of the land [South African territory] – thanks to the dynamics of purposeful government as displayed by the Military administration of General Olusegun Obasanjo’s era. What followed that struggle has now become a glorified history. The lesson being pulled out of that episode is the reality that sometimes, in some particular journey of life, critical questions concerning ownership of some landmarks; it could be on Individual – which is why DNA tests is inevitable sometimes, Institution or even structure of a Nation.

It is my candid opinion that the time has come for Nigerians to come together in redefining the ownership of the Nigerian Presidency. Is such exercise necessary? Yes, it has become a matter of urgent necessity. Why must such exercise become a confronting venture on the citizenry? Whenever there is doubt on true ownership of something; whatever that thing is, respect for the thing in question diminishes. And when such happens, obligational necessity of disrespect throws the otherwise honour of the object in question into the dustbin of history. And reality of life is that the presence of these two things; lack of respect for each other and manifestation of confusion is the greatest signal of announcing the arrival of anarchy.

Permit me to remind all of us about the shout in agony of Mrs Aisha Buhari; the wife of President Buhari, at a time, on the true ownership of the Nigerian Presidency. Maybe, most of us might not have paid respectable attention to what she said, and if it so, such awkward lack of reading the “signs of the time” and acting on divulged facts of her pronouncement, could be injurious to us, as a people. Let me remind us what that brilliant and beautiful woman once said about the ownership of the Nigerian Presidency. Her revelation, produced below, is terrifying enough that we can only ignore it to our collective peril. Let’s go.

“Our votes were 15.4 million in the last elections and after that only for us to be dominated by two people… this is totally unacceptable,” she said. “If 15.4 million people can bring in a government and only for the government to be dominated by two people or three people, where are the men of Nigeria? Where are the Nigerian men? What are you doing? Instead of them to come together and fight them, they keep visiting them one after the other licking their shoes (I’m sorry to use those words).”
This would not be the first time that the president’s wife would hit some allies of her husband. In an interview with BBC Hausa services two years earlier, Aisha said Buhari’s government had been hijacked by only a “few people”. Again, let us listen to what she said.
“The president does not know 45 out of 50 of the people he appointed and I don’t know them either, despite being his wife of 27 years… some people are sitting down in their homes folding their arms only for them to be called to come and head an agency or a ministerial position.”

We can also take a cursory recognition of what she said most recently, which brought to the limelight the disloyalty of Garba Shehu; Senior Spokesperson to the President. A peep into what she said without bringing the totality of her Press release, titled ‘Garba Shehu Has Gone Beyond His Boundaries’, on the matter will suffice here.

“As spokesperson of the president, he has the onerous responsibility of managing the image of the president and all the good works that he is executing in the country. Rather than face this responsibility squarely, he has shifted his loyalty from the president to others who have no stake in the compact that the president signed with Nigerians on May 29, 2015 and 2019. “To make matters worse, Mr. Shehu has presented himself to these people as a willing tool and executioner of their antics, from the corridors of power even to the level of interfering with the family affairs of the president. This should not be so. The blatant meddling in the affairs of a First Lady of a country is a continuation of the prodigal actions of those that he serves.

“We all remember that the chief proponent appropriated to himself and his family a part of the Presidential Villa, where he stayed for almost four years and when the time came for him to leave, he orchestrated and invaded my family’s privacy through a video circulated by Mamman’s daughter, Fatima. The public was given the impression that on arrival into the country Mr. President locked me out of the villa. “Garba Shehu, as villa spokesperson, knew the truth and had the responsibility to set the records straight. But because his allegiance is somewhere else and his loyalty misplaced, he deliberately refused to clear the air and speak for the president who appointed him in the first place. Consequently, his action has shown a complete breakdown of trust between the First Family and him.
Let us listen to what followed the confusion at the Villa, as narrated by Madam again, before elongating this discussion to the arena of identifying the real owner of the Nigerian Presidency. This is what she said, as published.

“Mr. Shehu was privy and part of the plan and its execution and he was shocked when he realised that I had publicised my return to Nigeria on October 12, 2019 and cleared the air on the many rumours that took over social media, a job he was supposed to do but kept mute, to cause more confusion and instability for his principal and his family. “Garba then vented his anger on the National Television Authority (NTA) Management, insisting that the media crew to my office must be sacked. He succeeded in getting them suspended for doing their job. I had to intervene to save the innocent staff from losing their means of livelihood by involving the Department of State Services (DSS) in order to ascertain roles played by key actors in the saga.

“It is at this late hour that I recall, sadly, that it was the same Garba Shehu who claimed that the government will not allow the office of the First Lady to run. He was later to confirm to one of my aides that he was instructed to say so by Mamman Daura and not the president. This antic attracted the anger of Nigerian women. He didn’t realise the fact that the First Lady’s office is a tradition, which has become an institution. “Based on Garba Shehu’s misguided sense of loyalty and inability to stay true and loyal to one person or group, it has become apparent that all trust has broken down between him and my family due to the many embarrassments he has caused the presidency and the First Family. We all have families to consider in our actions and therefore it is in the best interest of all concerned for Garba Shehu to take the advice of the authority, given to him sometimes in the first week of November, 2019.” [Albeit, for Garba Shehu to quit, maybe].

It could be that “strangers, foreigners or call them invaders, have taken over occupation of the Nigerian peoples’ heritage, that there is so much confusion on the land concerning issues of governance. I will give only one more example before attempting bringing the curtain down on this discussion, but not without redirecting our collective steps to the authoritative doorsteps in identifying the real owner of the presidency.

Lieutenant Colonel Yakubu Gowon, in his capacity as “Head of the Military Government, Supreme Commander of the Armed Forces of the Republic of Nigeria”, signed the instrument of pardoning Anthony Erelomose Enahoro on August 2, 1966, and the instrument was gazetted on August 12, 1966 – a federal government of Nigeria’s Gazette. Then, and suddenly, 54 years after; on April 9, 2020, Muhammadu Buhari, President and Commander-in-Chief of the Federal Republic of Nigeria, signed another Pardon for the same Pa Anthony Enahoro.

Isn’t this embarrassing enough to the President and the Nigerian People? Isn’t painful to note that this most embarrassing situation was not initiated and completed by the President only as people like Ogbeni Rauf Aregbesola; immediate past Governor of Osun State and present Minister of Interior and the so-called “erudite” Minister of Justice and Attorney General of the Federation; a Senior Advocate of Nigeria – Abubakar Malami, were amongst those that packaged this Pardon of Anthony Enahoro for President Buhari’s signature. And of course, the President approved and signed it!

And why would it be so? It is so because the real owner of the Nigerian Presidency have; in what the law calls “sleeping on their rights”, thereby loosing authority of ownership to those few 3 men or the types of Mammam Daura and Garba Shehu, whom Aisha Buhari earlier told us as having acquired, by force of pretense, the Presidency from her husband – and by implication from the real owner [of the presidency].

What can the real owner of the presidency do at this point in time?

38 thoughts on “Who is the owner of the Nigerian presidency? Godwin Etakibuebu”