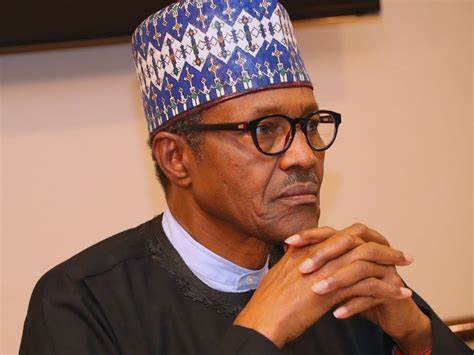 Above caption is not exaggerated at all, and there is no argument about the fact that Nigeria has not gone down into abyss of corruption and insecurity as low as this before. May be, it will be nice to go through what Professor Itse Sagay said very recently, on the matter of corruption. By the way, Professor Sagay; a professor of Law and a Senior Advocate of Nigeria, is the Chairman of Presidential Advisory Committee Against Corruption [PACAC].

If a man of such pedigree speaks out loudly, saying that Nigeria is overwhelmed by corruption, we better listen and listen well enough. What the man said is being collaborated by many practical events that highlighted facts of corruption dominating over every segment of the Nigerian society. But let us listen to what he said before coming back to this interrogation.

Chairman of Presidential Advisory Committee Against Corruption (PACAC), Prof. Itse Sagay (SAN), has said Nigeria is “overwhelmed” by corruption. But he assured that the Muhammadu Buhari administration is determined to curb it. The eminent law scholar noted that corruption has become a way of life for the elite, who he accused of “wheeling and dealing with the fate of the country”.

Sagay spoke at a one-day interactive virtual dialogue organised by PACAC with the theme: Collective responsibility and action in the fight against corruption. Other speakers included PACAC member, Prof. Femi Odekunle; activist-lawyer Jiti Ogunye; Executive Director, Women Advocates Research and Documentation Centre, Dr. Abiola Akiyode-Afolabi, and Chief Executive Officer, Convention on Business Integrity, Soji Apampa. To Sagay, a lack of consensus among the elite on the damaging effects of corruption makes it more difficult to tackle the menace.

He said: “Nigeria is at crossroads and overwhelmed by corruption. It is so pervasive in the different sectors and levels of society. “Several senior public officials and political appointees are neck-deep in corruption. Civil servants play significant roles in the perpetuation of corruption. A majority of the elite sees corruption as normal and a legitimate means of wealth accumulation. “There is no consensus among elites about the disastrous consequences of corruption, which makes it difficult to fight the problem. Several corrupt practices are also perpetrated by federal legislators and committees in the legislature. “The Judiciary has, to some extent, been compromised by corruption, usually in decisions that favour and protect powerful corrupt persons in the country.”

I would advise readers to pay lesser attention to his assurances that “President Muhammadu Buhari administration is determined to curb it”, and it is for a reason that this is being said. Professor Sagay is an appointee of President Muhammadu Buhari to that exalted office as Chairman of Presidential Advisory Committee Against Corruption [PACAC]. He must recognize the source of his powers and influence any time he speaks. That is one reason he made that “elusively encouraging assurances”.

Another reason why the assurances must not be taken to heart absolutely is that the period under review [Professor Sagay’s review] is for President Buhari’s time. The Professor is reviewing situations around his time of working for, and with, President Buhari. It means therefore, that his assurances of “President Muhammadu Buhari administration is determined to curb it”, is something he did not take, as fervently holistic as he presented it to the Nigerian public.

He is a man, at this period of serving under Buhari, that must draw the line between preserving his means of livelihood [his salary and all other benefits attached to his office; and they are not too little] and, at the same time, doing what he knows how to do the best, and that is talking truth to Powers. How he successfully coordinates both angle of this most difficult bargain could be a testimonial to his shrewdness accolades in a troubled water of survival.

Let us go for the escalation in evaluating his trajectory on the issue of corruption; which is the main point of his worries first, before; and that is if all can be accommodated in today’s exercise, going to the issue of insecurity.

It has always been there with us in Nigeria, as much as it is with other nations of the world. However, as much as corruption is a challenging dominant factor, ravaging many other countries; which is a fact of history, we should be home to discuss ours, for some tangible reasons.

One of such reasons is the fact that while other countries have been able to establish institutional mechanism of dealing with the menace, and bringing it under control and submission of management, Nigeria is, instead, elongating and strengthening fabric and cord of corruption so high, and this enhancement has become a Deity; properly institutionalized, and so beautifully adored – so to speak. This is what differentiates Nigeria from many other countries in the world.

Another reason why we must do something most urgently in tackling corruption is the fact that if we don’t do something, with speedy alacrity, on this corruption matter, something catastrophic will do all of us together in a darkest ally of total destruction. I dare add that if we allow such a catastrophic thunderbolt strikes us; either due to our chosen way of life in laziness/sluggishness, or our collective conspiracy of silence, what a strike like that may do to us is most likely taking a COUNTRY away from us. And this is my greatest fear and concern.

Let us look at corruption indexes as they presently stand:

Permit me to place it on record that there is no attempt by me in saying that corruption starts and ends with this government, albeit this Buhari administration. I can never say something like that; I shall never say it, nor would I create any of such thought and attempt looking for alibis of sustaining it – God forbid. What can only be said, as things stand today, is that corruption has been more greatly glorified and edified by the current administration than any other one in annals of Nigerian history. And this is not a debatable fact.

Okay, let’s go, but let us agree that facts of references we are going to be referring to are randomly picked because chronology of all facets can never be possible in one-life-time book of recording.

Yes, that organization has been continuously ravaged for the past 20 years it has come into existence – that shall remain a statement of fact. But the vigor of attack by unrivalled corrupted politicians and government officials on the NDDC would never come under comparative and competitive analysis in Nigeria’s chronology. And we are talking of what is happening in that place within the last one year or thereabout.

At NDDC, there is no more “Honour among Thieves”, as that scintillating and scientific prolific author of inestimable value – Jeffrey Archer, once described a conglomeration of some crooks. The slogan of this Nigerian latest Looters’ Association is a Nunc Dimitris; singing the chorus this way: “to your tents with all you can take – Nigerians”. What is happening there, ditto in all other segments of the Nigerian Society, has established a suggestion that the mandate the Creator of Heaven and Earth gave to those people he created for Nigeria in the beginning was “GO YE AND STEAL”. But the righteous God cannot and wouldn’t have given such mandate.

Let me draw the curtain here today as it looks that I am running out of steam and there is urgent need for me to refuel. I shall continue the narrative next week, by the grace of God.

100 thoughts on “TIME RUNS OUT ON NIGERIA AS CORRUPTION ASCENDED TO THE PINNACLE.”