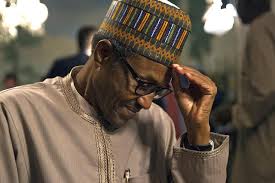 And the ship sank might have as well came as a bad dream. It could also be real that the Ship actually sank. Or, in another flowing of thought, the ship might be going towards the direction of wreck. Whichever way it happens, I will wished it as a bad dream that vanished away immediately l opened my eyes from that troubled sleep.

Let all Nigerians pray fervently and committedly that the Nigerian-State-Ship never sinks. But isn’t that the way it is sailing? The ship is going full ablast [navigational language] with a Captain on board, except that the Captain is deep asleep at the Captain’s Deck. Danger looms so high within the navigational route of this vessel. I pray that this Ship is not the Nigerian Nation.

Tomorrow, Monday, December 7, 2020, might be opening a window of opportunity for us to interpret this dream of a sank ship, at Lagos Talks 91.3 FM, when The Guru comes on air, as from 0930 – 1100 hours, live, in the usual intellectually driven review of topical issues. You shall be doing better for yourselves by getting hooked to the dial of Lagos Talks 91.3 FM, as no other Radio Station does it closer; not to talk of better, than us. Trust me on this ‘holy and righteous’ verdict. Let us preview a few teasers.

“HOW WE WERE SHOT AT LEKKI TOLLGATE – #ENDSARS PROTEST VICTIMS”, was how the Punch Newspaper reported the mysterious appearance of some people at the venue of the Panel in Lagos, on Friday, December 4, 2020. It must have been one terrible blow to the Panel members particularly and Lagos State Authority generally, because the unwanted guests came least expected. And to the Nigerian Army, except for the deaden thick skin of these gentlemen of the bullets’ kingdom, it ought to be one nasty shock of what the Mafia calls “thunderbolt”

Asked how he was sure that his brother died from gunshot by soldiers, Solomon said, “Because some boys that he was with told us that he had been shot, so we rushed there and picked up his corpse. “I didn’t know when my brother left home for the tollgate. He never told me he was going there. He was living with me here in Lekki, at Marwa. “Some boys called me. By then, my phone battery was flat, the phone had gone off. They called one of our brothers and told him that Abouta had been killed. So, we went there, found him on the grass, picked up his corpse and we went to St Paul’s Mortuary at Oyingbo. “His corpse was at the Lekki tollgate. There were protesters around at the time. He was laid on the grass that was growing on the road divider in the middle of the road. “That night when we took my brother’s corpse, we saw other people who had been shot, about four of them, on the ground. They were all dead.” Solomon said the remains of his brother had since been taken to Adamawa and buried.

Nathaniel Solomon was one of those 15 persons [he was without injury] with injuries that stormed the Lagos Court of Arbitration in Lekki, the hearing venue of the Lagos State Judicial Panel of Inquiry, probing the alleged shooting of #EndSARS protesters by soldiers on the night of Tuesday, October 20, 2020, at the Lekki tollgate. Some of the injured persons, who were brought to the LCA in a white bus, had plaster of Paris cast on their legs and arms and bandages wrapped on their heads and chests. They claimed they were victims of the alleged tollgate shootings by soldiers at the tollgate. Nathaniel Solomon was not one of those injured, because he was not at the scene, but he was there early, at the aftermath of the shooting, to pick the body of his dead brother before the remaining bodies, allegedly vanished into oblivion.

You may want to listen to his story, compare it to what you probably heard from the “professionals” before coming to a saner conclusion. I want you to hear me well, loud and clear please. I am not saying what this man – Nathaniel Solomon, is saying is near the truth of the matter, if what l heard from the Chief of Army Staff today is correct. Lieutenant General Tukur Buratai had said it very clear today that “nobody died at Lekki, those who saw corpses have eye problem”. I wouldn’t want the Three-Star-General to take me away for eye test as such I am listening to him.  Let us meet tomorrow, by the grace of God.

“Nowhere is safe under Buhari, Sultan-led JNI laments”, many Newspapers reported this while Thisday Newspaper exclusively reported that “Again, Northern Elders Tell Buhari to Resign”. It is becoming clearer now that the most hash judgment against Muhammadu Buhari and his clueless government is now from the HOME FRONT, but does this tell our President, who looks like sleeping on duty, anything? I can see the larger Nigerians as sitting down and looking, in the words of late Bola Ige.

Then this one, please: LASTMA boss returns N52, 000 extorted from motorist – reported by the The Nation Newspaper. Have any one of us heard this good news about LASTMA before? It is for this reason that l am begging the General Manager of the Authority – Mr Olajide Oduyoye, to come back to the studio with me tomorrow, to tell Lagosian more about this born-again LASTMA, and he obliged me to do so. We shall therefore – Ladies and Gentlemen, be making some pleasant noise as we welcome the GM of LASTMA tomorrow!

There are more things we shall be discussing tomorrow without dropping your Historical Perspective and the gold-valued Knowledge Dropbox. Tomorrow is another Collector’s Copy.

Last word however is for all to visit my website: www.godwintheguru.com as it is always loaded for our delight. For example, l told you last week about the horrible situations of 21 States because of what their past Governors and Deputies did unto them. These unfortunate 21 States’ story is being uploaded this night unto my website. So, why can’t you go there to read or download – all for free, to your satisfaction?