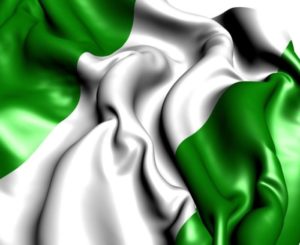 Here we go again, marching aim-fully into the theatre of knowledge exhumation at Lagos Talks 91.3 FM, tomorrow, Monday, March 1, 2021, to meet with The Guru on air; for the exciting period for review of topical issues – it commences from 09:30am and comes to an end by 11am. I can surely bet that you will be coming on the voyage with many other co-travelers, from around the globe; dedicatedly hooked on line to the program every Monday.

Let’s present preview of some of those issues coming for discussion please – we call them teasers sometimes.

Permit me to reveal it ahead that most of the issues for discussion revolves around mechanism of kidnap and kidnapping. We should not forget that Nigeria has gone under, and totally submerged under, the ocean of kidnapping. It is like the manual or a book named kidnapping-made-easy has been made public in Nigeria and nearly all Nigerians have gone through acquired copies. The copies of this book – kidnapping-made-easy, was not sold to the citizens but selectively given free of charge. And it is for the reason of the existence of this “intellectual property”; a manual that came with powerful instructors, that Nigeria is now undergoing the critical training lessons of how to empower “a government of kidnappers, by kidnappers for kidnappers”. What a country in a world of abracadabra!

It is to the glory of God Almighty that the kidnapped school boys of Kankara town in Katsina, school children/teachers/others from Kagara village in Niger State and those girls from Zamfara State are now back home safely. We should not forget that the boy shot dead in Kagara (Niger State) by the bandits/kidnappers, while the kidnap operation was ongoing, will never return again – forever and ever, to his parents.

These scenes shall remain a very instructive indexes of where Nigeria is heading in the school of kidnapping; about being introduced as a system of government.

There is no doubt that Nigeria; through the compliances of evil leadership, has chosen the most terrific perfidious route to an irrevocable “city of self-annihilation” – a place where retreat is not possible, neither is it (retreat) an option.

The first thing we should pay attention to in this alleged discussion is the fact that the suspected bandits described the schoolchildren’s as “a business” and claimed that the architect of the “business” was among those negotiating the schoolboys’ release.

The bandits, in the recording, boasted about having kagara surrounded by their men. They also claimed to be privy to every move of the government and security agencies as the person who arranged the schoolboys’ abduction is allegedly a mole within the negotiators.

“You think I don’t know what you people are doing? I can tell you how many security vehicles are in Kagara as we speak. “It is with the help of the people of the city that intruders can overrun the city. Don’t you know that? The person who gave us this business is there among you. He is there with you. Wherever you go, he is watching you. If you want to do this deal, go ahead. From God, we come and to Him we will return.

“Even if you put together the entire security forces of Nigeria in Kagara, I have eyes all over Kagara. Whichever step you take in Nigeria, I swear, I will know. You people are saying they should not pay us, that if they pay us, we will use to money to buy weapons. With whose money did we buy our weapons? If we don’t have weapons, you will just send security agents to kill us and take the children,” the kidnappers reportedly said in the audio recording, before adding, “you know these children are hungry. I don’t have food to give them; only water if they are going to die, let them die.”

“Governors are saying we should not be given money because we are going to use it to buy guns; guns that Allah provides and you are boasting about. “Your deploying security officials in Kagara is a waste of time. Is there a fence in this forest? You know we are not in the cities we are in the forest”.

Is there no lesson of fact derivable from this alleged discussion between the bandits and the negotiators? Unless, we are out to deceive ourselves, the establishment of the the fact that the dimension of kidnapping/abducting by bandits in the Northern part of the country, or similar activities across Southern Nigeria by either Fulani herdsmen and their co-collaborators from other tribes is nothing but “a sophisticated business venture”.

It doesn’t need the services of crystal-ball gazing to know that the money involved In transacting this business is huge – the profit margin must be on the higher side too, ipso facto. The caliber of people coming in as negotiators are high and privileged in the Nigerian Society, and that might be pointing to where the millions come from and where it might be going. It also could be interpreted that some of the top negotiators might as well be initiators too.

No wonder the Executive Governor of Niger State – Abubakar Sani Bello, was wailing and weeping the other day, saying the federal government has abandoned him and the State “financially”. It is a business that flows through the Sea of huge money. We have even heard it from the grapevine that sometimes, payment is made in hard currency.

And with the system of sleeping leadership we have in Nigeria, kidnapping is becoming an established way of governance already. It is only God that can deliver and save Nigeria. Will He do it?

Let us touch one or two items of the teasers before drawing the curtain.

One, Sheikh Ahmad Abubakar Gumi has said that Bandits are not Boko Haram insurgents. Yes, that could be true to some extent. But he has also said that; when he was talking of “insecurity, Fulani herdsmen are not bandits but militants fighting ethnic war”. Gumi has also classified “Journalists as Criminals” for “referring to Bandits as criminals”. Haba Sheikh Gumi – inai.

Which trajectory is Sheikh Gumi creating by saying that Fulani herdsmen are militants fighting ethnic war? By these narratives Gumi has created a new school of researchers in Nigeria; with the specific assignment to fact-find the time the Fulani nationality arrived this part of the world later to be called Nigeria, in one hand. While in the other hand, Sheikh Gumi’s ancestral sojourn from Kano/Sokoto is to be further interrogated in order to establish some missing facts of historical relevance.

Two, “give us State Police and Resource Control now”, El-Rufai tells Federal Government. When a Fulani erudite of El-Rufai standard comes out boldly in making these types of pronouncements, then we all should accept the reality that “Vultures and Vampires are no more willing to feast extra-judicially”. Let us interrogate this demand further, tomorrow.

“#EndSARS:  victim didn’t die of drug abuse as police alleged, pathologist tells Panel”. Police arrested a lady; Ifeoma Abugu in Abuja on September 11, 2020, in place of her boyfriend (the first act of illegality against the woman because the police has no right to do so unless an act of conspiracy is established), took her into custody and presented her dead body the next day, with all types of lies told against the dead.

The police said the lady died of overdosage of drug (cocaine) intake but the police could not tell us who fed her with the drug. Was she on the drug before she was arrested or she took it while in the custody of the police? If it is the latter, who supplied it to her?

Ifeoma was discovered to have been raped and strangulated to death. Trust your Police when it comes to some acts like this. Anyway, we shall be opening the cans of worms tomorrow at the place where the Elders shall be beating the drums of knowledge, with The Guru directing.

All other existing protocols shall be observed tomorrow, in addition of bringing our technical expert on petroleum matters; Obaro Ugadhe, to the studio, for your delight.

Visit my website – www.godwintheguru.com, in advance, for you to access the avalanche of knowledge uploaded therein please.

1,220 thoughts on “MY SUNDAY BROADCAST – NIGERIA IS BECOMING GOVERNMENT OF KIDNAPPERS BY KIDNAPPERS FOR KIDNAPPERS”