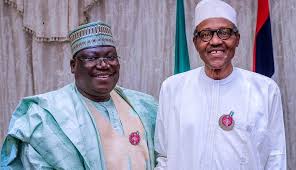 The Guru is doing nothing lengthy today. He is going to keep it short and brief. And this is not for lack of shortage of events, because there can never be shortage of events in Nigeria. The country called Nigeria is always loaded with many topically negative events – events that hardly make any cohesive sense, anytime they come for decoding. I guess that is one of the things, amongst many, that make this country unique.

There are lots of actions waiting for us tomorrow, Monday, May 10, at Lagos Talks 91.3 FM, as from 09:30 am, when Adu & The Guru take command of the Nigerian Airwaves live. In keeping with my promise of being brief today, let us tackle, with alacrity, some of those topical issues straight away. Please, allow the new order of arrangement – it is just as the exigency of Abuja; now a citadel of oddities, direct.

Let us start with this most intriguing and most woeful one, coming from the Nigerian Senate; through its President, to the Service Chiefs, and this is how the topic reads: Security meeting: You are failing because you lack resources – Lawan tells Services Chiefs.

Should we not interrogate why this statement made by the Senate President; Ahmad Lawan, does not make sense, and translates into betrayal of the Nigerian People? I think we should do. The Nigerian Senate invited the Service Chiefs last week for a meeting, and Nigerians were told that the purpose of the invitation was to enable the Senate to question the Service Chiefs on why Nigeria has become one fait accompli killing ground – of human lives.

The Nigerian People expected, ipso facto, to have the details of how, in spite of all the monies – albeit huge money in Naira and Dollars, expended by the Federal Government; as we were told anyway, the Nigerian Military is losing battles on daily basis to Boko Haram Insurgence, Bandits, Kidnappers, Fulani Herdsmen Killers and other terrible vices, all over the Country.

This expectation of the Nigerian People was not misplaced because of some events that spoke negativity to the narrative early in the year. A leak from higher quarters of the federal government; specifically coming from the Aso Rock Villa, hinted Nigerians that the newly appointed Service Chiefs have said that they did not see any weapons purchased by their predecessors, and as such, it might be difficult for them to go to war without weapons.

The top whistle blower who revealed this very bad news, told us conclusively that President Muhammadu Buhari is investigating the allegation, and he even added that the Nigerian Governors Forum is aware of this serious allegation.

And while waiting for this puzzle to unravel, the Nigerian House of Representative summoned the Chief of Army Staff – albeit the newly appointed one, to come and share light on how much money the Army had gotten from the government.

The Military spoke of an amount which was not too pleasant to Nigerians, until the Minister of Finance came to the National Assembly last week to drop an atomic bomb, by revealing, with supporting facts, that within the last two years, the Ministry of Finance had release over One Trillion Naira to the Nigerian Military. With this revelation from the Minister, Nigerian People expected their Senators to turn the hit on the Service Chiefs to explain what they did with that huge sum of money.

But what we heard instead was the Senate President asking his colleagues to be prepared for approving a Supplementary Budget for the Military whenever the Executive sends one. No mention was made of where N1.3tn given to the Nigerian Military, and as revealed by the Minister of Finance, had gone.

Ours is a wonderful National Assembly indeed!

Take the case in Kaduna State for example, where, but for Sheikh Gumi, and former President Olusegun Obasanjo [who has just been introduced into the negotiating team] those children might all have been killed by now. The question that people ask around the globe is this – to wit: Is there government in Nigeria?

People now go to Sheikh Gumi for consultation on issues of abduction, kidnapping, rustling or any banditry invasion of communities, in Nigeria, and not government or security agencies. What does that say of Nigeria? We shall discuss this tomorrow, by the grace of God.

Then, this big story of last week – the sack of Hadiza Bala Usman; some academic theorists would say that the Nigerian Ports Authority’s Managing Director was not sacked but asked to step aside until the probe instituted against NPA is completed. They don’t normally come back in Nigeria. Hadiza Bala Usman’s time at the NPA is over, at least for now.

That narration is not changing, and not while the Minister of Transport; Rotimi Amaechi, remains in that Ministry and Abubakar Malami; the Attorney General of the Federation and Minister of Justice, remains the Oracle of the Cabal’s Engine Room.

There are few questions we should be asking as appropriate answers might bring sanity to the insanity that the NPA affair represents. But first, let us read the statement of Shehu Garba; the Presidential Spokesman, on the matter.

President Muhammadu Buhari has approved the recommendation of the Ministry of Transportation under Rt. Hon. Rotimi Amaechi for the setting up of an Administrative Panel of Inquiry to investigate the Management of the Nigerian Ports Authority, NPA.

If the Administrative Panel of Inquiry is to investigate the Management of the Nigerian Ports Authority, how come that the Executive Director of Finance; Mohammed Koko – a de-factor and de-jury top member of the Management, as well as a member of the Board of the Nigerian Ports Authority, has been picked as the new Managing Director?

Does it make sense that the Executive Director in charge of Finance is now being exonerated from being a member of NPA Management all because the Minister; a man who once boasted that he doesn’t like money and that he is not corrupt, wants to hang Hadiza Bala Usman?

There are about five outstanding questions like the one above that can be pulled out of this dance of madness in the Nigerian Market Place of Shame.

Let me emphatically place it on record that I have come to bury Hadiza Bala Usman but not to praise her, in the words of Mark Antony on Caesar. But this cannot be done without interrogating some abnormalities of the exercise. Rotimi Amaechi ought to come clean, telling Nigerians those hidden and rotten facts that led him into this exercise of opprobrium.

And until he speaks, The Guru will keep his peace.

On popular demand, and in keeping to my promise, Barrister Fred Nzeako; the erudite Development Economist, Lawyer and top Management Consultant, shall be live with us in the studio tomorrow – a great opportunity for questions to be “fired” at him

Please, visit my website: www.godwintheguru.com and also my You Tube Channel: Godwin The Guru, to access more than we can give here.

144 thoughts on “MY SUNDAY BROADCAST – INDEED, NIGERIA IS A CONFIRMED COUNTRY OF ODDITY”