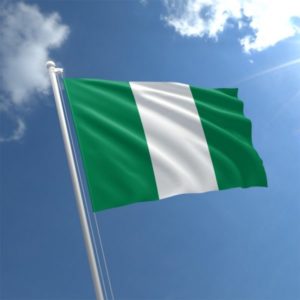 The quotation l started today’s exercise with is not my own creation. It belongs to a very close and great friend, and the name of the friend is Nsikak Essien. My friend was the Editor of the Concord Newspaper at a time. Nsikak for sure was a first-class Editor and one of the most refined Journalists this Country ever produced. He is a jewel of inestimable value in the pen-pushing world.

He edited that paper, in those turbulent days of jungle journalism; a time when the Nigerian Military Officers displayed total obsession – albeit most marooned misdemeanor steps of annihilating common sense and replacing same with absolute absurdity. That was the time that officers like Major General Muhammadu Buhari, and his co-travelers – and they were many, took joy in destroying all democratically erected Structures with waxed nonsensicality.

Nsikak Essien; and few of his noble colleagues, stood the Journalistic Iroko Tree firmly and gloriously too, in the permanent position of everlasting honour.

That was when our part crossed. I had a weekly [Tuesdays, I think] Maritime Column with the Daily Concord, under his editorship. Nsikak proved to be many things for the continuity of the column because of the methodology of accuracy, facts-revealing and hitting the government harder in some of those nasty things that “killers of democratic ethos” would often be involved in.

Nsikak took some fierce military attack for me as he was always being called to explain a few things about my write-ups at the Directorate of Military Intelligence, because my brother would not want to give me out. You may not understand the extent of protection against horrible personalities’ attack Nsikak provided for me in those days. Let me conclude by saying that “in the jungle of brutal life which we operated then, Nsikak Essien was my brother in the Jungle”.

Now, let us take a look at Essien’s narration above, and see the beauty of his presentation. Is kidnapping not the most lucrative industry in Nigeria at the moment? A review of the Greenfield University in Kaduna State will help to interpret Nigeria’s largest, most robust and cherishingly lucrative industry to us beyond any iota of doubt.

AT least, about 200 students of an Islamiyya school located at Tegina in the Rafi Local Government Area of Niger State have been abducted by bandits. These were all toddlers, so to say. Some of them are between the ages of 2 – 4 years old. They are all pupil of Islamic school – the same religious sect the bandits, insurgents, Miyetti Allah, Fulani herdsmen, and Nigerian political leadership reverence.

Very soon, the bandits or Fulani herdsmen, or whatever names they are to be called; having placed a demand of 200 Million Naira on these innocent kids, will come out ferociously for the money. Poor parents would have to look for the way to pay up, or they may have to start killing these kids one after the other. This happens regularly in Nigeria – a country with or without government.

This discussion comes up tomorrow, Monday, June 7, 2021, at Lagos Talks 91.3 FM, when Adu & The Guru come on air to discuss topical issues, live, starting from 0930 to 1100 hours. Of course, there are more issues coming up under discussion.

What about the 1999 Constitution; which the Honourable Speaker of the House of Representative; Femi Gbajabiamila referred to as a “substandard and product of ‘hurried compromise”, presently undergoing amendment? It is difficult to understand another hurried process, in another substandard way of carrying this amendment through. Where and what shall the hope of this exercise be?

Keep a date with The Guru tomorrow on these and many more.