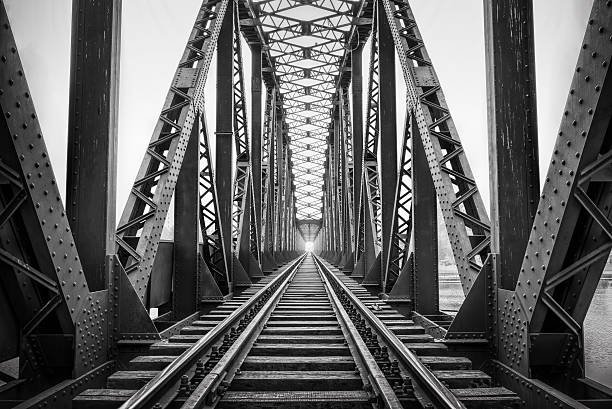 It is deliberate to start this discussion by saying “many bridges” to cross as against the more popular coinage of “many rivers” to cross. Permit me to lay down the rule of the language l chose to deploy by applying “many bridges”. The best way to start is therefore to know what bridge or a bridge is and what it is meant to achieve.

Let us define it without losing the trajectory of the matter under discussion – albeit Senator Bola Ahmed Tinubu, former Governor of Lagos State, the Jagaban of Borgu in Niger State, the Asiwaju of Yoruba land [?] and the National leader of the current Ruling Nigerian Political Party [APC] – though not so written in the APC Constitution.

What is a bridge?

Bridge is defined as “a structure carrying a pathway or roadway over a depression or obstacle (such as a river) a bridge connecting the island to the mainland, or a time, place, or means of connection or transition building a bridge between the two cultures the bridge from war to peace.

What is a bridge meant for?

The purpose of a bridge is to allow people or cargo easy passage over an obstacle by providing a route that would otherwise be uneven or impossible.

What are the three main parts of a bridge?

The main components of a bridge are the foundation, substructure, and the superstructure.

Above are definitions of bridge, the purpose a bridge is meant to serve and the three main parts of sustaining a bridge.

However none of the three above connects us to the application of the phrase “bridges” Tinubu is likely to “cross” before getting qualified to contest in the 2023 general election – a place of determinant factor where he might be ”rejoicing in becoming President of Nigeria” or embarking on “lifetime mourning of failing to make it”.

I shall return to the comparative analysis of the three main components or parts of bridge in this Bola Tinubu narrative, but let us see first the logicality or otherwise of how, or how not, to go under any bridge. As usual with me, there is no way l can present this fully without embarking on a historical analysis.

In the 70’s, a Nigerian Military Head of State; the Four Star – General Olusegun Obasanjo, embarked on expansion of Nigerian ports, as the government of that time by expanded existing ports and embark on construction of new ones.

This noble idea saw the Nigerian Premier Port of Apapa being expanded from 16 berths to 22 berths port, while a new Port of Tin Can Island Port was constructed. Other Ports, like additional new port in Warri, renovation of the Koko and Burutu ports – in what is now Delta State, were muted. Calabar Port; proposed to serve the interest of the larger Northern Nigeria, did not escape the virile mind of the General.

But because General Obasanjo is an addict stickler to time, he could not complete the port projects he started before handing over to the elected democratic government in 1979. Alhaji Shehu Shagari became the President in that memorable year of 1979, at the birth of the Second Republic.

The Government of Shehu Shagari, with the National Assembly of that time vowed to complete the projects started by General Obasanjo vigorously, though with a little amendment.  It was this “little amendments” that brought into the narration of Ports expansion two additions – Ports of Ikorodu and that of Sapele.

There might not be anything wrong with these little additions of Ikorodu and Sapele ports into the kitty of increase until one took a professional and economical look at Ikorodu port specially and specifically. It was then that those who are students of maritime affairs drew the conclusion that these creations; of Ikorodu and Sapele Ports, were the worst decision any government – albeit in the Maritime world, would have taken.

Take for example Ikorodu Sea Port. There were two bridges – Carter and Eko bridges, in existence before the Port was planned and built. You will understand the foolishness of that creation as no ship; without collapsible mask can go under non-detachable bridge, like River Thames Bridge in London. It is for this reason that since the creation of Ikorodu Port, no vessel had been able to sail there for berthing and none shall be able to berth there forever.

The wisdom here is that two things must take place before an ocean going ship can crossover to the other side of its sailing. It is either the ship has collapsible Mask or the bridge itself is detachable.

Senator Ahmed Bola Tinubu is the Ship in this illustration, while his route to the presidency in 2023, remains the Bridge being illustrated. It becomes crucially compulsory to return back to the basic by re-evaluating the three components of what a Bridge is; the purpose it is meant to serve, and the three main parts that makes a Bridge durable and reliable in attaining the purpose of its construction.

The first point of evaluation is to ask the question if Senator Ahmed Bola Tinubu has been able to build a Bridge to all the Political Ports of Destiny across the country over the years. Nigerians – albeit his [Tinubu’s] avowed political enemies, would accept that he has done so, and most very successfully too, over the years more than any of his contemporaries. This means the issue of building a Bridge is settled for the Jagaban of Borgu.

The second critical evaluation on this Bola Tinubu’s voyage of destiny to discovery will be to ask the question if the man [Tinubu] understands the purpose which the Bridge he built is meant to serve. One would say, without any fear of contradiction, that yes, he understands it.

This brings us to the last most critically, but dangerous evaluation. Does the Bridge Bola Tinubu built, for achieving this [his] lifetime ambition, having the three main solid parts of an enduring bridge – to wit: Solid Foundation, Professionally acceptable Substructure, and a Dynamic Superstructure?

I am not too sure if the man, currently on the eyes of the storm, has effective control of these three facets laid down above, to answer yes – because if the truth must be told, there are too many stakeholders outside the Asiwaju’s control, to achieve this feat.

We have to wait till next week for the conclusion of this narration because l need to look for the nearest Gas Station for refueling, because I am running out of gas.