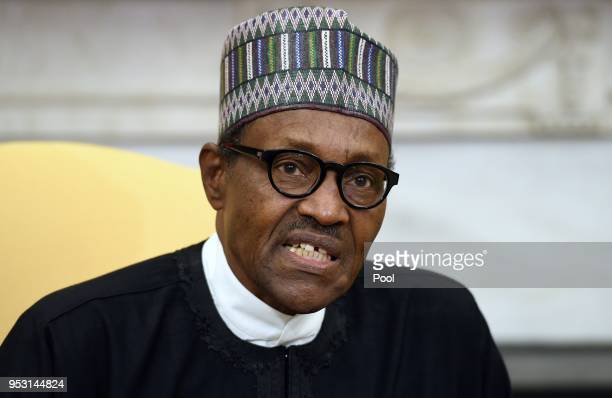 President Muhammadu Buhari – he has the answer to the question: Nigeria to be or not to be?

The eagle is landing or the eagle has landed has always been a remarkable exclamation for expectation of something good that happened or about to happen. If the Nigerian political clime had been progressively enhancing, since the beginning of this Republic – the Fourth, 2023 general election would have be radiating a tremendous hope.

But unfortunately, and very woefully unfortunate for that matter, the past 23 years – let’s just make it up to 24 years, and that is taking it into 2023, things have fallen apart for the Nigerian political development. It is not to say that there were no events of remarkable value within the route of the past 23 years of this journey. To say and stink to that might not be interrogatorily narrative enough. And posterity will hold us accountable for tragedy of wrongful acquisition of historical documentation.

Whatever gains that might have been noticed here and there, along the line of this journey so far – talking of the movement, starting from 1999, when Olusegun Obasanjo; a Four-Star Military General and one time Military Head of State in Nigeria, would not be uprightly documented because of defaults; standing out like thorns, along the length of this journey’s path.

However, that is not to say that there are no good historical landmark achievable records to the credit of the journey so far. While Olusegun Obasanjo tried elongation of tenure – what most Nigerians called “Third Term Agenda”, though the Ebora Owu – Olusegun Obasanjo – would quickly deny it at any given time, the incumbent democratically elected President – Muhammadu Buhari, so far till date, has not attempted embarking on such perfidiously degenerate act.

He has not spoken in favour of it, even when a few demonic citizens spoke of it. Neither has the reading of his body language indicated anything of such misadventures.

Again, unlike Olusegun Obasanjo who dictated and nominated his successor, and even followed it up by running the campaign exercise over and above his nominated and anointed candidate [successor], Muhammadu Buhari; for whatever double-talking prowess he has acquired, he kept distance from what he earlier said, or about to say, or even what he sent a proxy to say on his behalf – which he absolutely denied, he kept himself clean.

For example, in spite of some double talks of the President, at different times; like saying: “I have a preferred candidate”, to what he told his APC Governors that “in the principle of RECIPROCITY, allow me to pick a Successor that will take over from me”, to another statement, when he told selected members of his political party that “let delegates chose the candidate in the primary”, and to the final statement – the very one that broke the camel’s back that “I have no anointed candidate”, the man did not degenerate.

These are melodious lyrics that one cannot throw away when chronology of events are to be taken. This should be the controlling reason why 2023 general elections need to be appreciated with loud ovation in advance. But can we really say that the Eldorado of the Nigerian democratic development has really come full circle enough to cause some dancing steps from now.

I am afraid that there is no cogent hope for the celebration of 2023 general election without being surrounded with sufficient air of melancholy. And l will articulate my reason of arriving this route which is not lifting the soul or the spirit. Come with me please.

We have not been too fortunate with good governments in this country right from the day we yanked our independence from the British. We have seen ourselves along the line of continuous decline with successive governments. And this is a statement of fact, not necessarily for everyone to agree with me, since we are not robots.

While on the evaluation of this trajectory; and this is in my personal opinion, the present government happens to be the icing of the cake in bad governance. The All Progressive Congress-led government must have scored distinction in all papers of corrupted governance and this is well known to all Nigerians – even to those that died and are laid restless in their graves.

And when, during the just concluded Primaries of all the political parties, mostly as displayed by the two biggest parties – the APC and the PDP hope for better democratically developed elections for the future vanished totally.

For the first time in the annals of political electioneering in the history of this country, there came to be established, at the highest level, DOLLARISATION of political contestation in Nigeria, as delegates; across the Political Parties, were dancing away with enough Dollars that could have been enough to budget for the country in the past when sanity ruled the waves.

In view of this demon of DOLLARISATION, what will the general election of 2023; shall be presenting to us can therefore not be the landing of an Eagle in any format. What shall be landing instead; in the place of a Peaceful Eagle, would be three dangerous Entities or Tribes of Thugs, Almajiri and Aliens.

And these three entities shall be rising and arriving from all parts of Nigeria with one purpose of mission – to wit: to wage a frightening war against success of democratic ethos’ continuity in Nigeria.

And this can never be good news for the feature of this country – which historian might be referring to [aftermath] as a country that was.

Will President Muhammadu Buhari stop this anticipated catastrophe from happening? It is only him, his kinsmen and his Cabal that can supply the answer. Nigerians are waiting by the sideline hopefully or hopelessly.